Self-stimulatory behaviour, also known as stimming and self-stimulation, is the repetition of physical movements, sounds, or repetitive movement of objects common in individuals with developmental disabilities, but most prevalent in people with autistic spectrum disorders. Stimming behaviours have also been noticed in those with mental health problems or those who have been through some type of trauma.

Stimming is considered a behaviour that provides calmness and stimulation. It is also noted to be self-soothing during anxieties, psychosis, unsettled environments and trauma.

Stimming is usually related to the senses.

While the underlying cause for stimming is not clear, repetitive movements are associated with a number of medical and/or psychiatric conditions:

For more information on stimming, visit autism.wikia or speak to a professional. If you would like to talk please email: 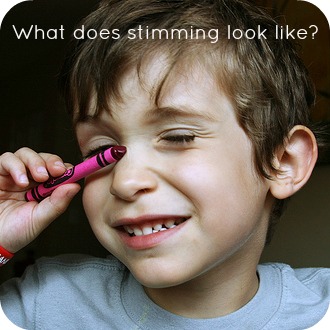